We were sat around the bar in the  pub nursing a beer each, exchanging glances then rolling our eyes back to the ceiling,  listening to the rumble of an argument going on above our heads.

It was just the start of the evening.

I have to admit, I hesitated about writing this one.  Not that it was a terrible situation. It was just that I was trying to work out how I could actually portray the whole set of circumstances. Sometimes, what is incredibly funny is difficult to get across. Part of this problem is actually capturing the mentality of the moment, not the smuttiness.

I instead try to share the ridiculous circumstances that we can find ourselves in, reflect back upon them and laugh. I hope, (I really do every time I write one  of these ) that I manage to get that across and not have someone sat reading it thinking,

In this case, waking up intermittently to find someone’s legs dangling over your shoulders, using your cheek to itch the itch on that persons sock clad instep was verging on the ridiculous but I’ll get to that.

I had been working on a nightclub refurbishment over in the Yorkshire town of Rotherham.  It was a typical shopfitting job – 12 hour, 7 day weeks – and I had been there some several weeks already, but the end was in sight. The job was drawing to a close and a group of the lads had decided to go on a night out, let off some steam after a fairly intensive work period.

We were staying in a pub B&B a short distance from the job. The digs we were staying in were quite tired looking. A pub that let out the upper rooms of the property. These were basic bedrooms, 3 – 4 to a room with one box like wardrobe taking up space, a tiny sink, a small table, a tiny kettle (no cups or brewing gear) and one window.

Jammed into this room were the beds.  The pub had maybe 4 rooms available, all quite similar. The lads staying here shared two toilets and one bathroom, all situated at the end of the corridor that ran in between the rooms. The bathroom had one of those doesn’t-quite-work-showers that has no real pressure behind the water.

It just spits intermittently at you. All you could do was  jump in at the end of the day and get clean as best  you could.

The landlord, it has to be said, like to imbibe with the patrons, so that come bed time there would be a slight sway to his movements. Then he would throw the light switch and worry about cleaning up in the morning. This lacks-a-daisy approach was highlighted to me in the middle of my first night.

I made the mistake of getting up to go to the toilet in the early hours, opening the door to head off down the corridor to relieve my bulging bladder. Only to find  this huge, donkey of a dog, illuminated by a faint night light on the other side as I opened it.

I managed to slam it shut as it launched itself at me, its meaty weight thudding against the door as I  landed in the open wardrobe behind me with a muffled Whinny.

Then the shock hit me and I needed to go even more.

I clawed my way out of the clothes and hangers, panting and whimpering in turn, with the urgent need to go now ten fold. I was fumbling around in the dark crossing my legs trying to decide where I could relieve myself, while listening to the beast snarling and scratching away at the door.

Came the muffled question from a room mate.

“There’s a dog! Its not a dog! There a fucking werewolf  outside the door!! I need to piss! I think some piss is coming out!!!”

I replied, a slight hysterical edge to my voice as I stood clutching myself, hopping from one foot to the other, wondering how much pee a  toy kettle could hold. I wondered frantically what every one else had done before me. I do remember coherently  thinking through my panic,

If I get through this, don’t ever brew up in the kettle 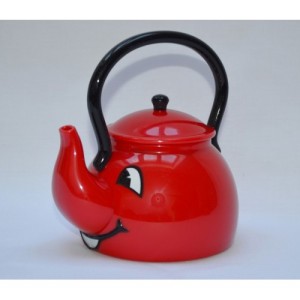 “Nnnnnn. S’just the dog. Don’t go out. Piss out the window.”

I have to admit I actually stopped hopping around to momentarily  peer at the invisible person in the dark.

And the indistinct half asleep figure rolled over, burying himself in his duvet. I stared at him for a few moments then the urgency of my situation came pressing back.

It was a matter of moments to open the curtains slide the window up and – sweetbabyJesus – instant relief.

I had a quick moment of almost drying up again as the dog  – obviously feeling cheated – threw itself at the door briefly. But to be honest, nothing was interrupting that flow for long.

Eventually, the stream petered out, the relief indescribable. I climbed back into bed and took a deep, ragged breath and attempted to  settle back down. It took a while for the adrenaline slowly easing away.

The following morning after complaining to the landlord as he brought the breakfast through, and listening to his deep apologies, and knowing he wasn’t taken my near death seriously when he described his pet, saying,

I left the pub shaking my head, promising myself I wouldn’t get caught out again, only to see Dennis stood by his car, distracted, looking skywards then back to the vehicle, sniffing and  gingerly touching the roof and windscreen.

“Yeah. I think so. looks like someone’s poured something all over the car, Its all tacky…A bit sticky.”

I had a moment where I gnawed a knuckle, thinking

but i’m happy to say  he managed to restrain himself from that next step.

The trouble with this kind of work is you tend to live out of a suitcase and never really settle. It becomes a blur of get up, go to work, back to digs, have your evening meal, beer and bed.  The real hard core would spend the  evening drinking which I never understood. You would literally be drinking away the money you were working away  to earn in the first place.

The accommodation was never the best either. Basic in the extreme and you always ended up sharing a room. This wasn’t so bad if you were there with a work mate you knew. But if you landed on a job as a new face, it was pot luck who you ended up sharing a bedroom with.

Initially it was four I didn’t know, a situation I hate, but more familiar faces appeared as the job progressed so that I ended up partnered with a good friend of mine, Tex. The room situation changed as the job progressed with people coming and going. The four sharing the room at this point were one guy I worked frequently with, (Tex) (See Tex, The Amazing Memory man and Fred West The Carpet Layer) one I knew (Gaz) and the other I didn’t very well (Dennis), who was the remainder of the four I started with in the room.

Due to the intensity of the work as the job neared its conclusion, the firm had sent extra lads up from the workshop to help give a final push. Two of these were Colin, an established bench hand joiner and Tommy the young 18 year old apprentice.

Tommy was a slight figure, a nervous quiet kid who hardly spoke. He wore the thickest, heaviest looking lenses I had ever seen on a young lad. He had that myopic way of tipping his head back to look down his nose through the glasses to really focus on something. It looked like he was trying to balance the glasses on his nose – which I wouldn’t be surprised about considering how heavy they  looked.

The overall impression left him looking at things with a slightly vacant expression, his mouth partly open each time he did it.

Every time I saw him he reminded me of the character Dustin Hoffman played in the film Papillon.

“Come on boys it our night out tonight!”

Shouted Gaz, throwing an arm around young Tommy’s shoulders and giving him an enthusiastic squeeze, as we made our way back to the digs to get ready. Gaz was enthusiastic about most things to be honest. His attention would flit from one thing to another in rapid succession.

It was hard keeping up at times.

Added to this was the site humour.  Which, was at times caustic even merciless. You just had to know how to handle it. Never show a reaction and if you did be damn sure you gave back a lot worse than was coming your way.

Gaz seemed to thrive on it.

He was quite ready to rib anyone he could. And Tommy, who I think  was just about getting through puberty – found himself fairly consistently in the firing line,  just because he didn’t know how to react.

And he was one of those kids that you just know, I mean really know, has spent most of his life being ribbed in one way or another and never been quite sure how to react to it. We all took turns to make sure he was ok. I mean a joke was a joke as long as it was funny but you didn’t want to make someone a victim.

Back at the digs and it was have something to eat, up stairs and wait for your turn for the shower, back to your room and dig something out of your case to wear and get your last pair of clean underpants out, handling them like they were the Holy Grail.

Quick spray of deodorant and it was down to the bar to wait for the others and a quick pint before heading out.

Which was where the evening began.

Lads began to filter into the vault, in good spirits looking forward to the night out. We scattered ourselves along the bar, a group of young couples at the other end of the room the only other people in the pub, friends of the landlords young girlfriend.

The land lord was a fifty-something big beer bellied chap. In complete contrast was his young twenty-something blond bimbo of a girlfriend.  In very trim shape if somewhat dizzy, it left you shaking your head  watching them together trying to understand the relationship.

The argument only became noticeable as the noise of it rose above our heads. As it became louder it became quieter in the bar as every one strained to listen in. I mean, you couldn’t actually hear anything. It was just the general undecipherable rumble of an obvious argument and punctuated by the heavy steps across the ceiling, slamming and banging of objects.

You only knew who was shouting by the change of octave as the young girl threw her obvious dissatisfaction  in.

The argument came to a final close with a solid THUD on the ceiling. Followed by the  stomp of steps away to one side and opening and slamming of a door.

We sat exchanging glances, laughing quietly. I think that’s another thing that we fail to admit at times. We do laugh at other peoples misfortune. Not necessarily in a nasty way but in a sniggering kind of observation.

It’s never as funny when your in the situation, but its always entertaining to watch someone else deal with it.

The young girl suddenly appeared amongst her friend, mascara runs on her cheeks and obviously unhappy. She was surrounded by her friends and whispered words of concern were expressed but all we could hear were her loud replies.

“That’s when he smacked me right in tha’ kisser…”

We made our way into the night shortly after..