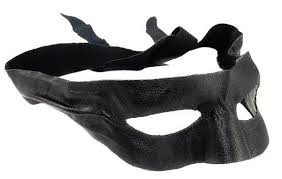 Where to begin with so much going on…

I must admit as I write each story, I find that what I originally begin as a short anecdote about Kerry and Wayne, escalates into something wayyyyy bigger as other pieces of information overlap the original starting point. Due to this I have to edit and cut out lots of things to make it a manageable read.

And not destroy peoples will to live..

I have previously mentioned Wayne’s new toy, his excavator and the effort involved in getting it over to France. For those who don’t know, Its a mechanical digger, on tractor tracks. A smaller version of the type you may see on building sites, leveling land with the blade at the front, pushing soil into place, or digging trenches and footings with the mechanical arm mounted on the rear.

Spins around with a finesse that would surprise people. What you don’t want to do is wear head-phones and listen to a lively tune when your driving it. Things could get carried away. You’d be like John Travolta only with an 12 foot arm and tractor tracks suddenly doing the Saturday night fever routine. (Ha! Ha! HA! Staying alivvvvve)

The mini diggers are a great piece of equipment and invaluable in the hands of someone who can use them. People, when they become aware that one is available, suddenly realize all those too-large-to-do by hand jobs, they had toyed around with doing (but faced with a shovel and a wheel barrow thought “I’ll let the wife have a crack at that“) were now a realistic possibility.

So as Wayne’s reputation has spread, (He’s become known as The Bush Trimmer…) he’s found himself in-undated with work. To the point of working almost non-stop over the last 4/5 weeks with his new digger.

He takes all jobs, rescues people in fact and saves the day for those who really need saving.

Like the Lone Ranger Of Cognac in fact. Just on a big yellow horse.

He does, after all have the outfits to go with it. (See There’s A New Deputy Sherriff In Town..)

I mean, in the type of weather the Porters enjoy over in France, everyone should wear a hat. Maybe not a pristine white, 10 gallon Stetson, with shiny Ranger badge pinned to a proud chest. Possibly not matching spingly, spangly spurs, polished, nay, lovingly buffed to a super sparkly shine attached to Waynes work boots either. But if your going to rear the diggers arm back in a dramatic way, then you too would want to look the part.

As ever, this attitude to always help who-ever Wayne’s working with or for, almost led to a serious accident. This happened as he was digging out a trench for the plumber who hadn’t bargained on needing a trench for his feed. Wayne was as ever only more than happy to help the man out, and chased a channel out for him to feed his pipework to the mains. Then he carried on with his own work and promptly forgot about the trench behind him, and reversed into it, tipping himself over and almost trapping an arm under the 2 ton machine. Fortunately he managed to pull it clear and escaped with a lengthy gouge to show for it.

I blame the spurs personally…

And when the jobs done, he trundles off, silhouetted against the sun, on to save another day for some other poor soul with a garden that needs leveling and a tree that needs uprooting.

You would certainly want each employer to remember you and pass on the word. To stare after you as you drove away, looking at the long shadow you cast behind you as you disappear over the small rise into the sunset. And, with hands on hips, turning to whoever was beside them mopping their brow and muttering,

And Wayne dismounting and “Ker-ching! Ker-Chinging!” over to the waiting owner and saying,

But seriously, he’s doing well with the new machine. He’s just got to stop wearing the spurs..

In the mean-time if Kerry isn’t working on her actual job via the PC, she’s working on the farm with the Ostriches, working on her own house renovating, or, just trying to find eggs in the enormous chicken hut that they built to house their chickens.

Which is more of an expedition than anything else. Mules and supplies are an important part of the search..

What is certain is the fact that Kerry seems able to form an epiphany with whatever animal she works with. And the chickens are no different.

Her 3 chickens are an echo of when the Porters lived in Helmshaw, when Kerry previously kept hens and supplied herself with free eggs. I know she took great pleasure out of the birds and was understandably upset when a fox managed to get into the hut and kill them all. Including the other addition at the time, Joey the Cockerel.

Her recent additions, Betty, Ginger and Lesbian Mary have formed an attachment to Kerry that goes beyond feeding. As the windows and doors tend to be always open due to the mild turning to hot weather, the chickens have taken to searching her out. And she often finds them in the house looking for her. If she manages to sit down outside then the birds each climb aboard her arms or shoulders. She’s begun to look more like a out-of-place Arab sheik, the kind that has a hunting bird perched on a fore-arm gazing off into the distance, waiting to be released upon some unsuspecting prey. Only Kerry’s hunting birds are 3 fat hens that make her shoulders sag, and crap down her back if she lets them stay there too long.

And one of those is a lesbian.

Wayne on the other hand has to gaffer-tape his chicken in place..

I managed to Skype her a couple of nights ago and she took great pleasure in sitting the laptop in the front door entrance and shouting the birds over.

And they did. Kerry, sat on the floor in front of the laptop, found herself straddled with chickens. Not climbing all over her and rummaging about, but climbing on her lap and settling down into a comfortable position…All the while making satisfied clucking noises as they relaxed.

The worst thing was, I actually found myself calling back..

“Sorry. Hello Mary how are you?”

(I wasn’t talking to this bird. It had no chance. It was a Ginger. Any un-born grandkids of mine better keep there un-born fingers crossed they’re strawberry blond at the worst..Otherwise they’ll be shouting “Grandad!” While I’ll be looking round bewildered asking if anyone has lost a small ginger grandchild..)

But you can only have so much conversation with chickens..

She then took me on a guided tour round the house, showing me the work done to date. And I have to say I was impressed. The dedication to detail and quality that Kerry and Wayne have applied to what was and old run down farm house 6 years or so ago, is now a nearly completed beautiful property. The Kitchen is immense, with its central island, covered in a solid marble work-top, that seems an age ago I was helping to give myself a hernia lifting it onto the back of a wagon to be transported over to France.

The defining feature for me in the Kitchen is the wood-burning stove. I’ve only seen it burning via Skype, on dark evenings, when Kerry and Wayne have been sat talking to me in the Kitchen, comfortable in front of the heat that it visibly generates.

The room next door is almost complete with minor work necessary left to do. The simplicity of the room is enhanced by the highly polished Parkay Flooring that’s been laid herring-bone fashion at a 45 degree angle to the entrance to the room.

This, Kerry was at pains to point out, had a card-board route laid on top of it.

So it doesn’t get dirty.

The upstairs is more or-less complete. The only room left to do is the main living room down stairs. This is all a-jumble with furniture and clutter, covered in dust sheets. More a storage space until time can be made to complete what will be a fantastically large living space.

I know how proud they both are of what they’ve achieved with this property and rightly so. All the sacrifices they’ve made to be where they are at this moment, what they’ve given up to achieve it. All, a testament to their drive and determination. All reflected in how beautiful it all looks.

Anyone who’s ever had work of any scale done at their home will be aware of the dust and dirt, the upheaval that it brings into your life. How frustrating, and at times soul destroying it can seem. Never seeing an end in sight to what you have started. And that’s on minor projects. What needs to be taken into appreciation is the scale that the Porters have worked on, how exhausting its been, and what they have had to overcome to achieve what they have.

Finally, I had a message off Kerry about her work on the Ostrich farm. While Wayne was out lassoing rogue rocks and re-landscaping the OK Corral, Kerry still went onto the farm to help out Pierre and Nicole with the animals. Again some of you will have read about the type of work this involve, moving animals to-and-thro around the fields.

Part of this means moving the juvenile birds who have reached a size that allows them to mix with slightly older birds. They are loaded into a horse trailer and transported to a field and given more freedom. All this involves man-handling the birds on board, then releasing them at the other end. I hasten to add that juvenile they may be, but small? Whooa. Oh no.

These are Big birds. Powerful and fully capable of doing you some harm if reasonably stirred up or frightened. (As mentioned with Ron..) Kerry had loaded the birds into the trailer and drove them to the field. Then it was a simple matter of loading them from the trailer into their new home. This went with out a hitch until she came to a young bird with a bit more vim than the others. What began as a wrestling match ended with the bird head-butting her in the kisser.

I think the shock gave way to rage in short-shift, and went along the lines of,

And with her hair flailing all over the shop, he was hustled into where he belonged without too much effort having realized Kerry meant business.

When I spoke to her next it was to hear her fuming and view the big bruise flowering on her cheek bone.

It just goes to show, the Lone Ranger can’t be everywhere at once…

2 thoughts on “The Lone Ranger…Of Cognac”

Follow Mike Walsh – What The Mop Lady Saw… on WordPress.com