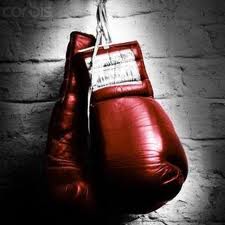 As a young boy I was raised as a practicing Catholic. And when I say “practicing” That probably, was what it actually was.

I’d practice being good and not doing bad things.
I’d say my prayers every night and ask God to keep everyone safe, working through a litany of names.
“Even those people who weren’t part of my family.”
And include in my prayer that I loved everyone just to demonstrate I was a good Christian. And to push my dedication towards world peace further, I would also include “even Mary Mcguire”, a girl in my year at school who, I actually couldn’t stand.
Like God wouldn’t realize…
Same thing every night. Daren’t change it.
It was OCD on a biblical scale

At school religion was an important part (to the catholic school) in the development of young minds. Things had changed from when my own parents were children only slightly. In my day, it wasn’t as common to find a priest as part of the school teaching staff. Instead they came in once a week to teach specifically religion. Hands on. In my parents day, a priest was a major part of the established school environment, and actually taught a number of lessons.
And, have a major influence in your welfare and your perceptions of religion.
It wasn’t uncommon to find a Priest who felt a good thrashing was an essential part of your education in life. And how many unstable minds there must presently be, from that generation out there, currently waiting to “go to hell for their sins”, I just can’t imagine.

When my Dad was at school there were a number of clergy part of the teaching staff and they set demands towards you’re education, soul  and physical well being. For instance. My dad and his brother were part of the school boxing team, (It being a well accepted fact in those days, that kids could knock seven shades out of each other till one wailed “Mother” in an organized competitive venue, and, be much better off for it) (They may have had a point).
But there was never any real money to spend on equipment and you made do and used what was available.

This particular night my dad’s brother, Chris, arrived home after fighting in one of the Monday night, inter school boxing events. Upon walking through the door it was obvious he had been the victim of a particularly bad thumping. Which surprised my dad, as his brother was a rather good boxer.

“Jesus. What happened to you?” was the inevitable question.

It so followed that Father Toby – who ran the boxing club with the zeal of an evangelist on crack – was handing out glove’s and shorts to the team’s combatants at the start, with the regular,

“May God give you the strength to rip his block clean off my son, “

“That wee fella has a glass chin. Say an “Our Father” before you get in that ring lad and he’ll help you put him out cold.”

And then Chris received his shorts and gloves. Upon popping the shorts on he found to his dismay that they were some 2 sizes too big. “Father Toby, these short’s…”

” Get them on Walsh, and thank God that you’re not fighting in you’re underpants and feckin wellies!!

No negotiation or discussion, just get them on and get on with it.

So Chris dons the shorts and gets in the ring with his opposite number.

Who proceeded to thrash him.

The problem being that Chris is clutching his short’s trying to keep them up, all the while boxing one handed with no guard. And every time, in a fit of temper, he releases the front of his shorts, to try and land a punch, his shorts fell down.

So he’d catch them mid way down, drag them back up and clutch them to his midrif. Until, with wounded pride another fit of temper would make him forget the shorts and begin round housing his opponent. It was catch 22, clutch the shorts – thump,thump,thump. Let go, try and fight, down they go.

With Father Toby apoplectic ring side threatening hell and damnation.

When he came home he was battered. With a clip off father Toby as a parting gift.

So, as a Catholic, the church made an impression and part of my early childhood, till I could have a say in it, revolved around the Church. Going to Sunday mass, sat with my grandad, my sister and brother. I’d always start sat next to my brother, until it degenerated to fidgeting finally to messing about. Then we’d get a dead leg each and yanked either side of my grandad.

And making a fist  with his middle knuckle prominent, threatening another dead leg. With two dead legs Steven hawkings would have lapped us. Best wait till the first one wore off before getting another..

That was just a Sunday. Saturday would be Confession. On a Saturday we would be taken to church at some point to confess our sins, seek God’s forgiveness, and be forgiven by his earthly representative, (Father Pierre in this instance) And have a clean soul, ready to receive communion during the following days mass. This involved being given a piece of consecrated bread which represented the body of Christ and the sacrifice he made for our souls.

So Saturday was all important in that, to receive the Communion on Sunday, you needed to heal your soul as well as  regain the grace of God by going to confession and “confessing” you sins to God’s earthly representative.

Contrition – demonstrate your sorrow for your sins.

Disclosure – Confession of those sins

And Penance – do something to show you regretted doing them in the first place.

The priest would hear your confession, forgive you, then give you a penance – in this case so many Our Fathers or Hail Mary’s etc…

So, in you’d go to the confessional to work off your sins, whilst there were a whole line of real sinners sat outside, clutching their rosary beads, quietly waiting their turn. From my point of view this failed on a number of levels.

Firstly, you were encased in the wooden booth, clad with curtains inside to try and muffle the sound, with a little perforated viewing hatch so you could confer with the priest. It was always dark, quite claustrophobic and there was always this musty smell in there. Some churches did a face to face confessional, where you looked the priest in the eye while you admitted your sins..my eyes would have watered.

And secondly, A number of the priests were quite intimidating, and to find myself in a private booth with one of them, hoping everybody sat outside couldn’t hear me, was quite disconcerting. Being expected to bare my soul and admit what terrible things, I as a 9 year old had done, to one of these priests was unthinkable to me.

I hasten to add nothing terrible ever happened, it was just my own natural reluctance to speak privately of anything I may have found embarrassing to someone, who lets face it, was a stranger.

So, I would lie in confession.

I know this sounds terrible but if its any conciliation as a child I don’t believe I did anything really terrible.

I am, as you can imagine I am going to hell.

So I would go in and be all

“Bless me Father for I have sinned – blahblahblah. I have been rude to my mum, shouted at my brother, not cleaned my room, and I said I feckin loved Mary McGuire again…” You get the picture..

And the priest would then say,

” Blahblahblah Say an Our Father in here, then as a penance say 4 Hail Mary’s out side.”

The amount was a reflection of the seriousness of your sins. So then you’d come out and ask each other,

“Couple of Hail Mary’s and 3 Our Fathers. You?”

Then the priest would finish with,

“Go in peace your sins are forgiven …”

And off you go, say your Hail Mary’s and you were right for another week.

Anyhow, this week I had Father Pierre, whom I have to say was particularly intimidating to me for no exact reason I can think of, other than the fact that he was always so serious.
I’d done all my confessing, was on the final part and am told to say my “Our father” now, then so many “Hail Mary’s” outside.

Then completely dry up. It was like getting stage fright.

“Um. sorry father, I can’t remember my Our Father.”

And Father Pierre went off like a fucking rocket.

So I stumbled from the booth, falling over myself in the rush, with what ever anonymity I may have had gone.
Everybody in the pews waiting their turn are looking at me. And you can see. I mean really see , they’re all thinking,

“What the fuck, has that kid just admitted?”

So bad as I feel about telling lies to cover my shame of my real sins. And for forgetting my “Our father” after confessing. Even, for saying I loved Mary McGuire, when I damn well didn’t. I just thank God it wasn’t one of those face to face confessionals.

Because I know deep in my heart, that God or no God.

I would have admitted fuck all.

3 thoughts on “Bless Me Father…”

Follow Mike Walsh – What The Mop Lady Saw… on WordPress.com
Join 67 other followers