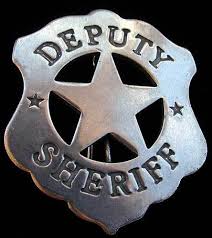 My daughter Emily and her boyfriend Vinny, recently travelled over to France to stay with Kerry and Wayne at their new home. I know everybody on both sides was looking forward to this, having seen little of each other for months, it’s just so nice, to catch up with those you love.

Emily, is a beautiful, amazingly bright young woman and I never cease to feel awe at all her achievements. She’s like a ray of sunshine in my life every time I see her, and never fails to make me smile. (Usually with some ridiculous comment.) She is forever effervescent, very bubbly and always dizzy in such an endearing way.

She is studying at university to be a Speech Therapist and is totally dedicated to her cause. I don’t think people realize just how incredibly in depth the intricacies of the subject are.

And with an important family member suffering from a serious neurological disorder, I’ve no doubt it fires her constantly, to succeed in this field.

But as she’s in France she was adamant the chance to speak French. Having received top grades at GCSE and A level in French, it was an opportunity to put it to use. And believe it or not, she speaks fantastically well.

Now speaking to her via Skype I know how excited she was to have this opportunity, just hoping that the natives would understand her. To her surprise and what I think Emily never took into account was – that people in France speak french as well!!

So when the local Mayor held a party for the village, Kerry and Wayne jumped at the chance to introduce themselves to other villagers via – (magnifique!) – Emily.

It was a roaring success! Apparently, my daughter is now engaged to her boyfriend Vinny. This came about whilst having a conversation with an elderly french lady who was partially deaf. She couldn’t quite hear what was (eventually) being shouted, a real cupped ear and squint of concentration moment for the Madame.
With Emily trying to explain Vinny was her “boyfriend’ (mon copain), and the old dear deciding to go for a visual translation to fit her own idea and shouting back,

Not much you can do in those circumstances. The shock could have killed her so Emily just shrugged and said,

In the mean time she was contending with Kerry and Wayne guiding (Pushing) Emily in front of people they wanted to be introduced to, it was like

“Speak Emily! Speak French! Now!!” Tell them – Me Kerry! Him Wayne!! Indiana!!!” Whilst making frantic eye contact with the target and pointing at Emily.

I’ve no doubt that the old, “Shout Loud” to be understood had been used quite often by Kerry and Wayne up to that point, and having Emily there to translate was a chance to introduce themselves and look normal.

(The whole village are aware of Ostrich Whisperer and Indiana Wayne)

But, it was an opportunity not to be spurned and Emily was walked around and thrust upon most of the village population. And Emily, upon realizing she was understood, (finally), couldn’t be shut up.

She’s been blathering away like a mad French washerwoman for the whole trip. And the only disappointment has been that some French people like the chance to practice their English…

But Emily persevered just for her own enjoyment and probably badgered almost everyone she met into speaking French. I think even if she had met someone who wasn’t French, they would feel obliged to make the attempt, just to try and dispel the disappointment in Emily’s eyes…She has that effect.

In the meantime, Kerry and Wayne have been establishing themselves further into village life. The farm they both help on, owned by Pierre, is a monument to the abstract. With the Ostriches and Camel, there are also Zebra, bison, horses, poultry, Goats and assorted domestic pets..

Pierre lives in a beautiful – what can only be called – a mansion. Ornate and rustic all rolled into one.

He obviously likes a bargain, because during Emily and Vinnys visit, he had cat litter delivered for his cat. (2 tops.) And when I say delivered, I mean by van. Somewhere in the region of 1/4 of ton.

This is an estimate. All I can go off are the 6 wheel barrow journeys it took Indiana Wayne to unload it.

(And that’s not easy in spurs)

This cat can obviously shit like an elephant with a laxative death wish. You wouldn’t want it in your garden.

Also on the delivery were bottles of natural spring water. This being for Mark Antoinette. The goat. Who lives in the basement. Now mark isn’t your normal “Maaaa” type of goat. Without exaggeration he’s as big as a donkey, and goes more like “MAAAAA” in a deep bass. And I think the only reason he lives in the basement is because He chooses to live in the basement. You want to move me? Bring it sucker.

The first Wayne realized he was there was on his initial trip down to drop off the cat litter. It was one of those moments where you walk in, pause, look sideways actually make eye contact with the goat, and realize,

there’s a big fucking goat in the basement

It was a shared experience that Mark handled better than Wayne. Mark ignored Wayne, while Wayne upon realizing he was minus his whip, gave a little whinny, tried to rearrange his legs and get the wheel barrow between him and El Donkey.
Happily I can reveal Mark decided not to trample Wayne.

Anyhow, Pierre is a retired vet and well versed in what his live stock need to stay healthy. And it just so happens that Mark needs bottled water. For what reason I am yet to discover, but it sounds romantic.

In the beautiful rustic kitchen, with the rustic windows and lovely rustic table, lives the chicken. In an apple box on the windowsill. Le Cluck being afraid to leave said windowsill because of the dog who sits and watches it waiting, just waiting for it to get down so it can eat it.

And the day previously Wayne had arrived to see Pierre, only to find him having just castrated a young male cat. On the rustic table. Not for fun I hasten to add, but because it had been, (as all the bastards do,) pissing all over the house. Then it was a quick mop down, brush the bollocks in the bin, bread and cheese slapped on the table and an invitation to “Manger?” (Eat?)

Lots of belly slapping ensued and “Full!” from Wayne.

In the meantime the day to day routine are becoming more established, with Wayne ready to move forward in his animal husbandry.

It so happened that Kerry and Wayne had to move animals around and needed to put the camel, zebra, bison and horse into the field adjacent to Nancy and Ronald’s, two breeding Ostriches. Ron is huge, bigger than the female, very territorial and very aggressive. So care is needed around him. I don’t think people realize how much damage these birds can do. Its not like they’re over size blue tits. These things could quite easily trample you into the ground without to much effort. They may look fluffy, hopping from foot to foot, but they could kick the crap out of you and come back for seconds.

So, if you can imagine, the two fields have a dividing fence but shared gate, that when open allows access to both fields.

Now obviously preparations were needed in order to complete this task safely. And eager to demonstrate their new abilities, they took Emily and Vinny down to watch.

Wayne, went prepared, in his 10 gallon,(tipped jauntily), Spurs, kite like chaps and new Deputy Sherriff badge, looked the ultimate professional. And no doubt Emily and Vinny thought so too.

It was a simple matter of opening the gate and herding in the various livestock. The camel goes first because (of course) the zebra follows the camel. After that someone takes the horse and the bison follows the nag.

But during this as the zebra heads in after the camel, in the background came the dull drumming across the ground.

A quick check over Waynes shoulder see’s Ronald Galloping across the field to confront the intruders. So then its a race to get the horse in and (oh Jesus) the Bisons taking in the scenery. A smack on its arse and its moving again with the “Derumderumderumderum” getting closer.

Waynes just manages to slam the gate closed as Ronald rams into it. Then its a case of trying to keep the gate pushed to, but unable to lock it, whilst Ron is attempting to kick the shit out of it, Wayne and anything else his flailing legs can get to.

I swear, if it had been for a South westerly blowing in Waynes chaps, he wouldn’t have had the strength to hold that gate shut.

Kerry in the meantime is hopping round Wayne as he’s wrestling with the gate and Ron, trying to latch it with out getting too close to El Kung Foo.

Finally, they managed to latch the gate.

I think, nay, I know this months visitors have had a great time. Because without a doubt, Kerry and Wayne always go out of their way to make someone’s stay an experience to remember.

But If you visit and they suggest a little bit of “herding”.